If you are debating purchasing a home right now, you are probably getting a lot of advice. Though your friends and family will have your best interest at heart, they may not be fully aware of your needs and what is currently happening in the real estate market.

Answering the following 3 questions will help you determine if now is actually a good time for you to buy in today’s market.

1. Why am I buying a home in the first place?

This truly is the most important question to answer. Forget the finances for a minute. Why did you even begin to consider purchasing a home? For most, the reason has nothing to do with money.

A study by the Joint Center for Housing Studies at Harvard University reveals that the four major reasons people buy a home have nothing to do with money. They are:

What does owning a home mean to you? What non-financial benefits will you and your family gain from owning a home? The answer to that question should be the biggest reason you decide to purchase or not.

2. Where are home values headed?

According to the latest Home Price Index from CoreLogic, home values are projected to increase by 5.3% over the next 12 months.

What does that mean to you?

Simply put, if you are planning on buying a home that costs $250,000 today, that same home will cost you an additional $13,250 if you wait till next year. Your down payment will need to be higher as well to account for the higher home price.

3. Where are mortgage interest rates headed?

A buyer must be concerned about more than just prices. The ‘long term cost’ of a home can be dramatically impacted by even a small increase in mortgage rates.

The Mortgage Bankers Association (MBA), the National Association of Realtors and Freddie Mac have all projected that mortgage interest rates will increase by approximately three-quarters of a percent over the next twelve months as you can see in the chart below: 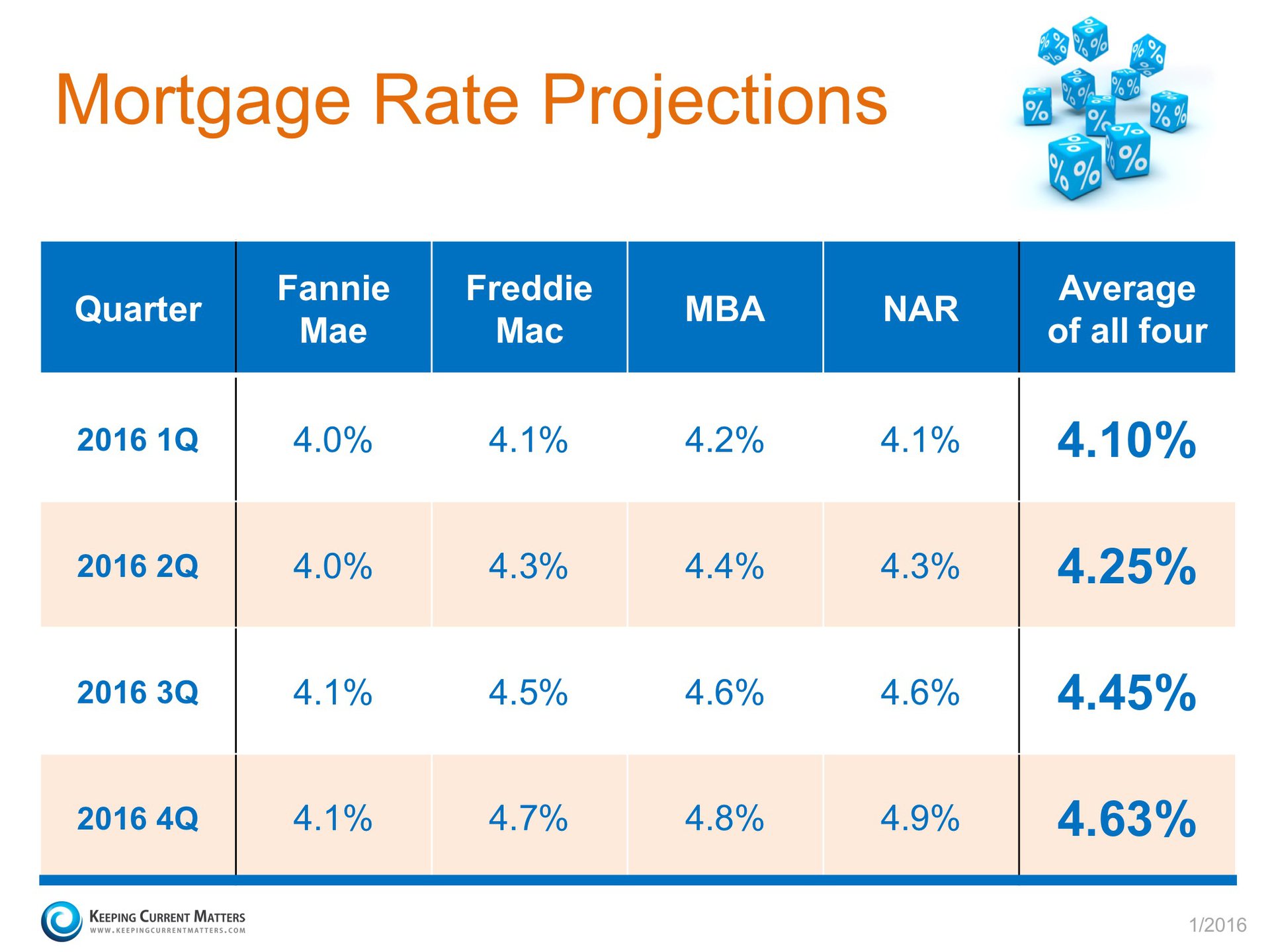 Only you and your family will know for certain if now is the right time to purchase a home in West Michigan. Answering these questions will help you make that decision.

6 foreign words so dark there are no english equivalentsAt a press conference following the announcement, Rams Head Coach Jeff Fisher said that Sam was www.cheapoakleysell.com notified of his release on Saturday, who replied “Thanks for the opportunity.” Fisher said the decision to release Sam was “a football decision,” and, “I was pulling for him, but it didn’t work out.” Asked about how Sam’s time with the Rams was, Fisher said, “There was no distraction. Mike fit in very, very well. He was fun to be around. No issues.”Scenario 2, “The Pre Divisional Series Format”: If more games being played can result in even higher profits, why not incorporate more games, more teams, and maybe a whole new series into the postseason? This type of scenario is one that is not usually discussed when debating alternative MLB playoff formats, however, I’m not sure why. After all, the three other major professional sports in America (NFL, NBA, and NHL) have all incorporated an extra playoff series (NBA and NHL) or an extra week of playoff games (NFL) into their league’s playoff formats. All three sports have done so in different variations, but based on the same profitable concept. All recognized that a significant amount of money could be made by expanding on their sport’s playoff format. This theory has worked out exceptionally well for each sport, and it has resulted, not only in the expansion of each respective sport, but, in a profit increase for href=”http://cheapjerseysupply.com/” target=”_blank”>cheap jerseys each team competing, discount football jerseys as well as a profit increase for each individual league. This scenario also gives more teams more opportunities to get involved in the postseason. The greater probability of making the http://www.cheapjerseys11.com playoffs excites most cheap China Jerseys fans and tends to encourage more fans to frequently follow up cheap nfl jerseys on how their favorite team is doing. If a team has fans that believe their team has a chance, those fans are going to come to the games more often. They may also tune into alternative viewing platforms, which could result in higher profits via advertisements.It’s not real time, in the sense that, we don’t crawl URLs and have that data immediately. So it’s something we kind of have to bundle together, understand the data, and have that updated. And we do that on more a rolling basis now so that when one is finished, the next one kind of starts. So it’s real time if you Fake Oakley Sunglasses look at a really big scale in that things are happening all the time, but it’s not real time in the sense that every second there is a new value that’s being produced based on new a new data point that we have.